Disney Princesses Transform To Disney Moms, Life After “They Lived Happily Ever After”

Many women grew up wanting to become a Disney princess one day, and we can see where they are coming from. Almost all Disney princesses have unique stories to tell, and that sparks a certain degree of imagination in many children back then. To be fair, the same can be said to kids from the newer generation.

With that in mind, let’s take a look at the story of the Russian artist Oksana Pashchenko and her creative depiction of Disney Princesses and their life after their story.

Oksana Pashchenko is a huge fan of Disney. In fact, her wedding had an Alice in Wonderland themed going for it. Things later became more interesting when she became pregnant.

Over the years, Disney provided us with all kinds of fabulous and gorgeous princesses. Now, we’ll see them as moms.

Her Maternity: When It All Started 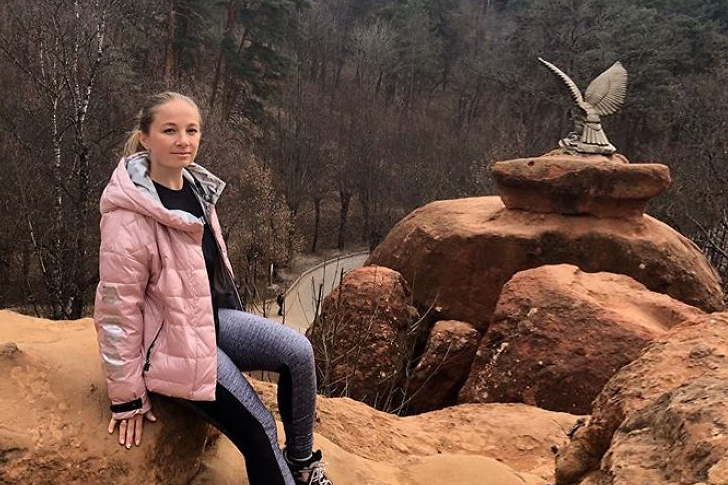 During her maternity, she had all the time in the world, and a large chunk of it was an investment in her very own version of preggy Disney princesses. Her inspiration? Of course, her own pregnancy!

Just take a look at some of her works, and you’ll see what we mean.

The Princess and the Frog 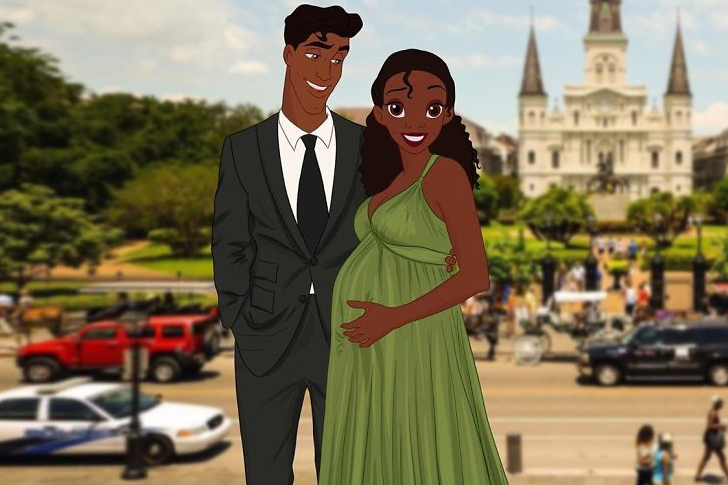 Here’s her take on The Princess and the Frog’s Tiana. She looks stunning in her long, green preggy dress along with Prince Naveen. The Cathedral of St. Louis stands tall on their background, which is considered one of the main attractions in New Orleans.

She also did another version of Princess Tiana (after her pregnancy) with her baby in her hand. 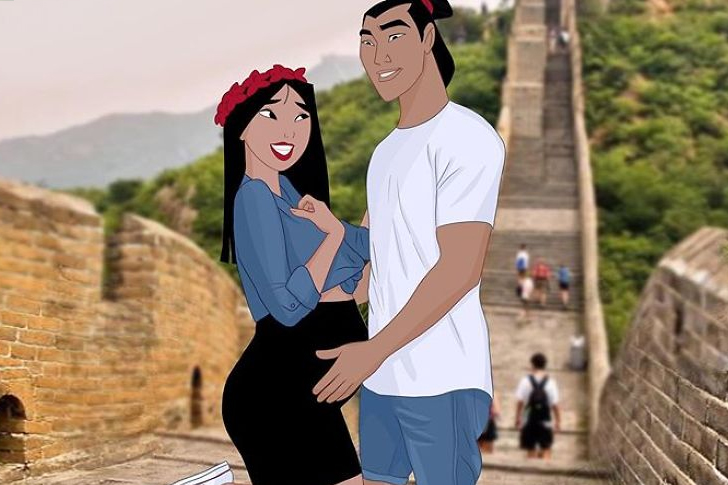 Fa Mulan is another Disney princess of the east and Oksana Pashchenko also did her own depiction of the famous warrior princess. From the looks of things, she and her other half, Captain Li Shang spent a good deal with their credit cards for their trip to the Great Wall.

Just like what she did with Tiana, Pashchenko did a version of the warrior princess together with her baby riding her shoulders. 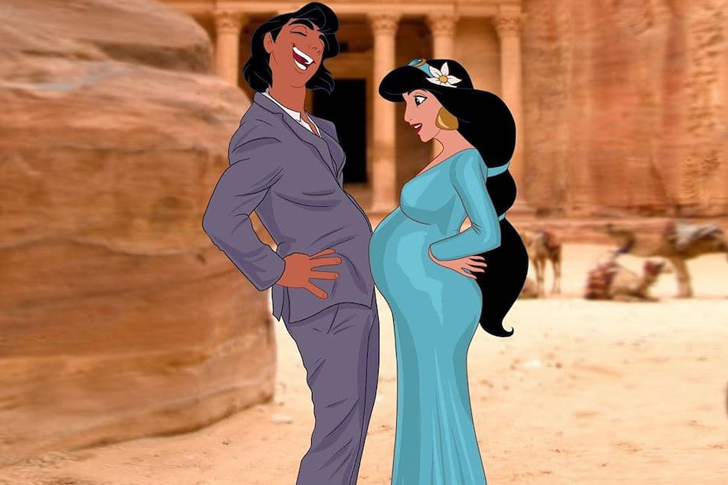 Princess Jasmine might be one of the most popular Disney Princesses, and we have to give a lot of credit to Aladdin and his Genie. The Russian artist also did her representation of Princess Jasmine and Aladdin in their pregnancy photo. 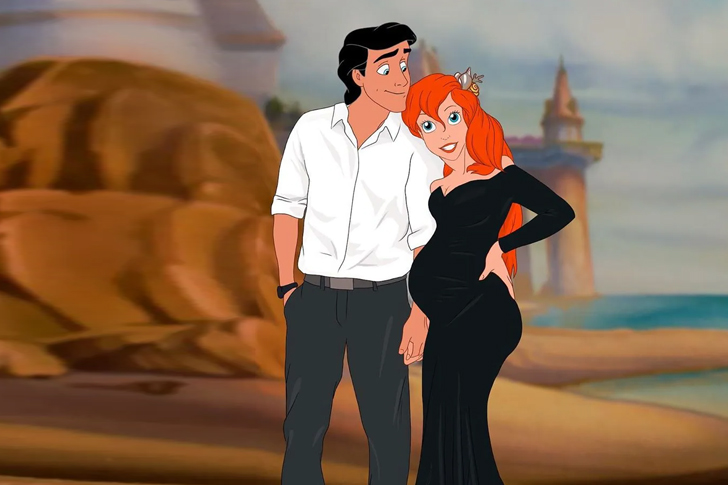 “The girl who has everything,” Ariel flashes her beautiful black maternity dress alongside Prince Eric right by the seashore. Oksana Pashchenko portrayed the two showing their deep love for each other, and that deal was sealed while holding each other’s hands.

Ariel also showed a cute baby picture of her equally beautiful daughter. This time, she didn’t need to put her voice for a loan just to get a pair of feet. 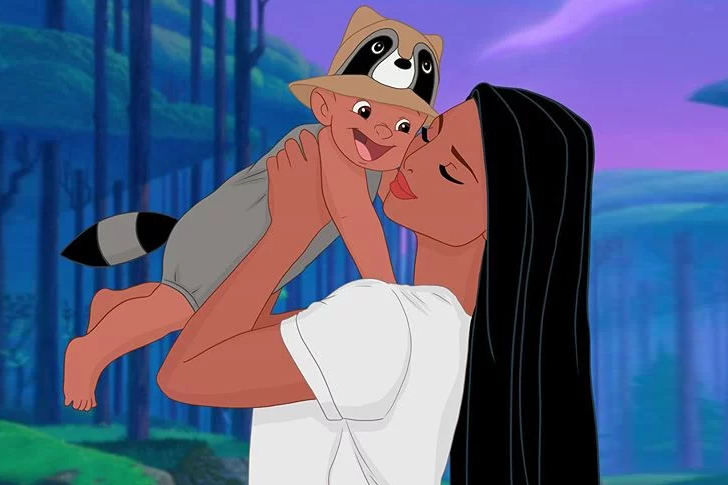 It seems like Pocahontas already used up all the Colors of the Wind with the long white maternity gown alongside John Smith. On their background, it shows all the lovely animals of the field watching over the two.

In the other picture, it shows Pocahontas with her wonderful baby. The two look lovely together, especially the little one who is in the raccoon costume. She might have burned a lot of balance from her credit card just to get that stunning costume.

Beauty and the Beast 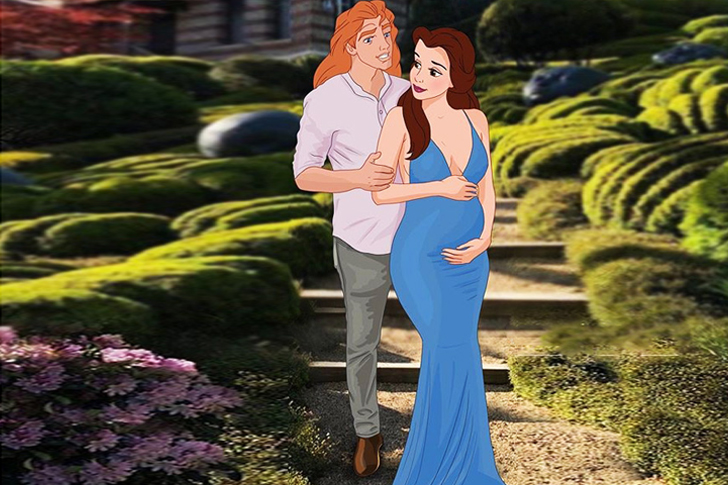 Prince Adam and Belle from the Beauty and the Beast seem to be enjoying their time in their real estate investment filled with a stunning landscape. The other picture shows Belle and her little princess, along with the familiar rattle.

The two look stunning together, and her big blue bow highlights this little one’s cute face.